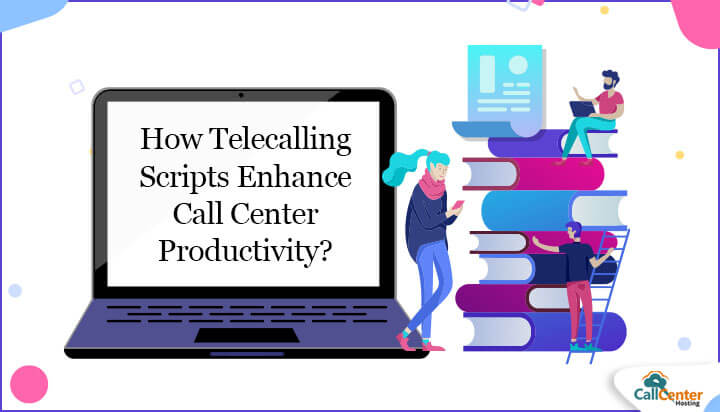 In this digital era, customers still prefer interacting with a live agent over calls or chats. Despite the technologically advanced applications such as social media, self-service software, and websites, call centers top the priority list of customers when it comes to getting issues resolved.

Also, letting an agent represent your firm and services plays an essential role in leaving a positive impact on customers and building a name for the brand. It is, therefore, necessary for the organizations to ensure that the representatives (or agents) handle calls responsibly, are accurate in what they say and follow what is best for the company.

For this kind of surety, call centers prefer to use telecalling scripts.

With inundated calls and a deficit in providing customer satisfaction, call centers have come across the urgent need to bring a change in the way an agent responds in different situations. These scripts must be well-designed and adhere to the legal norms of the organization. Also, in cases of outbound calls, scripts must contain a step-by-step plan that agents can obey to meet the demands of the customers.

What are Telecalling Scripts?

Going by the name, telecalling scripts are the pre-written answers to the questions that customers tend to ask frequently. Such scripts are responsible for covering almost every customer issue, especially in the time of need.

This planned script not only makes things easy for the agents but will help reduce the frustration level among the customers as they no longer have to wait for an agent to get back to them. Solutions such as hosted predictive dialers help to enable/upload custom scripts which helps agents to deal with customers in any situation.

A well-designed telecalling script acts as armor against a whole lot of questions flowing in. By successfully answering all the queries and resolving all the issues of the customers with handy answers, an organization can gain customer satisfaction.

Telecalling scripts channelize the chaos of calls from customers and streamline the marketing strategy for a company. These scripts not only feed to the company’s need for a positive impact but help employees in learning the trend of calls they might receive.

Let us take a look at some benefits that telecalling scripts offer to the call center. 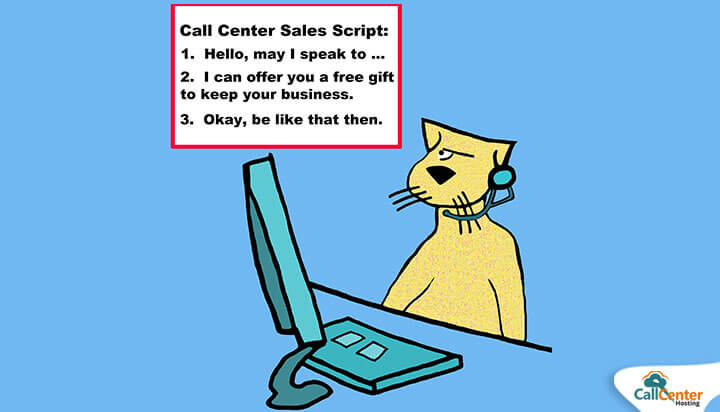 How to Design a Telecalling Script?

Telecalling alone cannot be held responsible for all efficient work. There can be instances when the telecalling scripts are of no help and might lead to a problem for the agents.

Sometimes while designing a telecalling script, it requires a precise and step-by-step detailing added to it. If a script leaves a loophole for the customers to put up a query that is not there in the script, it might lead to a serious concern, especially when the agent is unaware of the issue.

Here are some recommendations that will help your agents in designing a powerful telecalling script and managing their communicating skills.

Customers have always preferred a live agent over a bot. It would be great if the agent deals with the customers just the way robots do; in an automated and organized manner. The agents can be trained to handle the calls with the same type of communication that a telecalling script consists of.

Initially, telecaller scripts are designed when the agents who are new in the call center. Soon the agents tend to become familiar with the different types of customers and their issues. Also, they might come across some customers that help them gain experience and learn the ways to deal with them with correct usage of words.

And once they successfully acquire a complete knowledge of handling a massive flow of customer calls, they can implement their script according to the need.

When the agent can manage numerous calls efficiently, he/she gets a clear idea about the type of calls and the suitable resolutions to them.

The agent must become familiar with the kind of customers and their issues. By doing so, an agent will be aware of most of the frequently asked questions and will no more need to look at the script. Also, this method will help the agents in figuring out various strategies to ease the customer.

Before actually bringing the script into use, it is suggested that agents practice these scripts in a training session as it will help them in analyzing the possible errors and mistakes in the script. This will also enable them to make necessary changes for improvement. It will help in testing the applicability of the script in a real-world situation.

Design a Script and Get Going

While there are various ways to enhance call center performance, telecalling script plays a vital role in making sure that agents’ efficiency increases. The script plays an essential role in reducing the time for training and ensuring customer satisfaction.

To train the agents and to minimize hold time for customers, managers see the telecalling script as the best solution. These scripts can prove to be of great help in the future when there is a great need for ways that can go hand in hand with the upcoming technology trends.

Aashita Sharma is a creative content writer at CallCenterHosting. Fascinated by adventure and thrill, she loves reading fiction and appreciates artistic stuff. Food and fashion aficionado, she follows food blogging too!
See more article by Aashita Sharma
Connect with her via: Facebook | LinkedIn