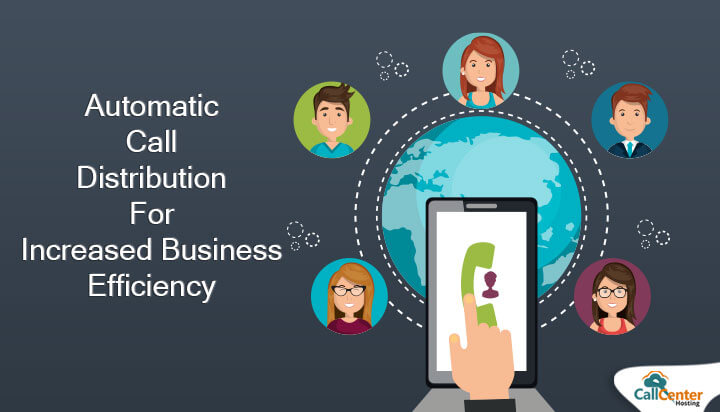 The evolution of technology and innovation has eased almost every other industry. When call centers are concerned, ACD or Automatic Call Distributor system has helped in enabling the smooth functioning of the call handling process at a call center.

Unlike the traditional telephone systems, Automatic Call Distributor System increases the operational efficiency. The system also displays how technology has helped the call centers in saving time for the agents and the customers.

For those in need of something like this, should give this article a read!

What is an ACD system?

In basic terms, the Automatic Call Distribution System or ACD is an aid for assorting the incoming calls depending upon the type of issue and the agent availability of the concerned department. It works in close coordination with CTI (Computer Telephony Integration) and the IVR system (Interactive Voice Response) that builds a smooth call routing process within the organization.

Also, there are times when people tend to get confused between the IVR and the automatic call distribution system. But it should be understood that both are different from one another.

In cases of high call traffic, agents are not online, incoming calls after the work hours, or to automate the answers to repetitive issues, ACD proves to be of great help. Let us have a look at how the ACD system contributes towards increasing the efficiency of a call center.

Role of the ACD System in a Call Center or Office

The primary concern of any business is to ensure customer satisfaction. All of them hustle to get their customers satisfied in a hassle-free manner. Gaining positive feedback from the customers and being recognized as a reliable source is what business always aims at.

Here are some points that describe the role of ACD at a call center.

1. Flexibility to attend many calls at once

Businesses often have a receptionist that responds to all the incoming calls and routes them accordingly. But, in case of hundreds or thousands of inbound calls, the receptionist alone tends to fail at attending all of them. Also, appointing hundred other attendees for each call by the company is not feasible.

In such cases, the ACD system comes into play. The system comes with a function to answer any number of calls at once. This feature leaves zero chances of keeping any caller on hold.

The automatic call distributor system has helped to resolve this issue as well. The system promises to route the call to its correct destination. This system prevents possible human errors as it works according to a pre-defined algorithm that maintains the flow of calls.

The automatic call distributor system does not follow a single defined path to handle the incoming calls. Depending on the nature and size of the team and agents, the system routes the calls efficiently.

Here are some ways the distribution method channelizes the flow of calls so that none of them gets on hold or goes unattended.

This adjustability feature of the ACD system eases the businesses of different types. Mostly, a handful of agents work in the office, whereas others spend most time of their shift idle. A call distribution system prevents such situations and helps in ensuring quality and getting the work done efficiently.

The ACD system not only improves call center performance but ensures that every agent is busy attending a call, and none of them slacks off time of their shift. From effective routing to syncing with the other software, an automatic call distributor comes loaded with rich features. Here are some features that must be given a read.

1. Call routing based on skills

Every caller has their type of concern and queries. And these callers can be handled only by the agent with expertise in the respective domain. Also, it gets frustrating for the customer to get his/her call transferred over again and again.

To save the customer from facing the hassle, the ACD system provides a list of departments to the customer as the call begins. Based on the type of query, the caller can select the most suitable department and gets his/her call routed quickly.

For call centers that tend to receive a large volume of calls, this call back feature is extremely useful. Sometimes during the busiest hours of the day, callers might be asked to hold the call until the agent becomes available. This might become stressful for the call center owners and might be a reason for a decline in customer satisfaction.

ACD provides the call back feature that no longer makes the caller wait to get their call routed to the correct agent. While waiting for the agent to attend the call, the caller can choose the callback option.

Once the caller opts for the callback option, their contact gets registered into the ACD system that goes to the agent. The agent calls back the customer as soon as he/she gets free.

The automatic call distributor system can form a queue of all the calls waiting to be routed to respective departments, groups, or agents. The system also provides the option of queuing up calls based on the priority.

Calls with urgent requirements are given higher priority and are placed on top of the queue, and other calls are placed in the lower half of the queue. This feature is handy in times of high call volumes. By forming multiple queues, the ACD system maintains a streamlined flow of calls.

4. Easy sync with other software

The automatic call distributor system can efficiently work in synchronization with third-party applications like IVR and CTI. The CTI system helps agents to know the customer details as it displays them on their screen. This data can be used by the agents to have a personalized conversation with the callers.

The IVR system makes customers comfortable by greeting them as the call begins. Also, when the agent is kept on hold, it keeps them entertained.

The automatic call distributor has proven to be a form of advanced technology that has been of great help to the call centers lately.

The system works hand in hand with the CTI and IVR applications and acts as a complete communication system that aims at ensuring a satisfied customer. If your business tends to receive a massive flow of inbound calls and is in urgent need of getting a technology help, then ACD is the answer.

Aashita Sharma is a creative content writer at CallCenterHosting. Fascinated by adventure and thrill, she loves reading fiction and appreciates artistic stuff. Food and fashion aficionado, she follows food blogging too!
See more article by Aashita Sharma
Connect with her via: Facebook | LinkedIn